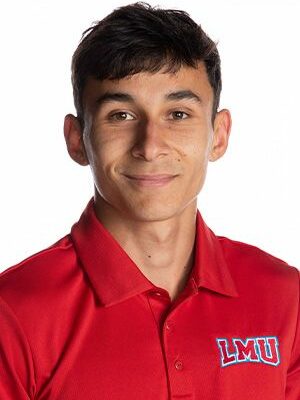 The Portland Timbers on Wednesday selected four players in the MLS SuperDraft 2023 presented.

Caliskan, 22, started in 64 of 65 appearances in his four years at Loyola Marymount University. The Cologne, Germany native enjoyed a decorated career with the Lions, scoring nine goals and tallying 13 assists for 31 points. Caliskan earned multiple accolades in his collegiate career including WCC (West Coast Conference) Midfielder of the Year (2021), WCC Offensive Player of the Year (2021), WCC Freshman of the Year (2019) and was a MAC Hermann Trophy semifinalist (2020-21). Notably, Caliskan was named to the All-WCC First Team in three of his four seasons played for the Lions. Before college, Caliskan played youth club soccer at FC Köln for five years (2012-2017) before joining Fortuna Düsseldorf for two years (2017-2019).

“We think Noel is a very balanced player – someone who’s very comfortable on the ball and can get into some different pockets of space,” said Timbers general manager Ned Grabavoy. “He’s a player we think ultimately fits in with other midfielders and players around him. We’re excited with the pick and the fact that he was there for us to select, and we look forward to having him in Portland soon. In this draft, we focused on positional priorities and the potential needs to strengthen our group. We have several players coming into preseason with us that will have a chance to showcase themselves and hopefully earn a professional contract. We’re excited to welcome the group to Portland this preseason.”

Bilichuk, 22, began his collegiate career at the University of South Carolina from 2018-2021 before joining Elon University in 2022. At South Carolina, Bilichuk logged 37 appearances in three seasons. Most recently at Elon, the goalkeeper started in all 19 matches played while setting a program single-season school record with 11 shutouts and being named to the 2022 All-CAA Second Team. Notably, the Greenville, South Carolina native played at MLS NEXT Academy, Barça Residency Academy, FC Barcelona’s official residency soccer academy in the United States.

Jones-Riley, 21, made 51 appearances (38 starts) in his four years at the University of Dayton, logging five goals and five assists as a defender. The Tallahassee, Florida native started in every game played in his senior year (2022), logging a team-leading 1,544 minutes and earned A-10 All-Second Team accolades.