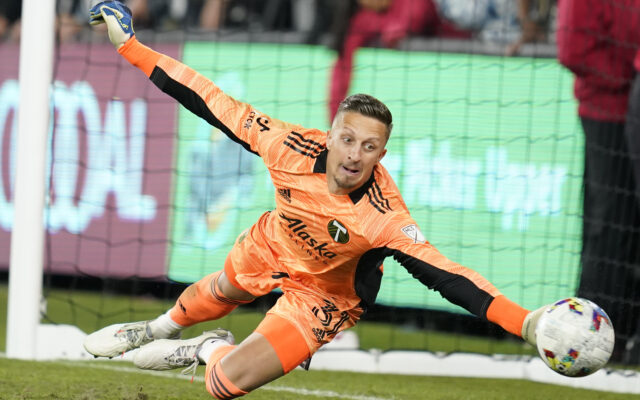 On a wet Saturday night at Providence Park, the Portland Timbers grabbed all three points over Austin FC for their first win this season. After two consecutive draws to start the season, Portland moves up to sixth in the Western Conference with the victory.

Austin entered Saturday’s match as the hottest team in MLS, scoring five in each of their opening two games. Portland weathered the Austin offensive aggression early before the game lost some of its fluidity in the heart of the opening half.

Austin dominated the ball at Providence Park, out possessing the Timbers 62%-38% and when Portland got the ball their passing percentage was only 77%. Ultimately, Austin could not make much of their possession failing to register a shot on target. Paired with the clean sheet, Portland got all three points when Defender Bill Tuiloma pierced the net with a header in the 62nd minute.

The goal was a reminder for each side to get back to the action; beforehand, the chippy-ness on the pitch played centerstage with a total of eight yellow in the affair.

Portland has been without familiar names to start the season and was down another regular starter, Claudio Bravo, due to a red card against LAFC last match. In his place, rookie Defender Justin Rasmussen was afforded his first MLS start. He did not look out of place and nearly grabbed an assist when a cross of his banged off the post.

Rasmussen wasn’t the only one making his MLS debut, with new signing David Ayala subbing on in the 75th minute and rookie Forward Diego Gutierrez coming on in the 87th. It was a nice look at the depth Portland has throughout a demanding MLS season.

Portland will try to go for their second win on the bounce next Saturday at Dallas FC.