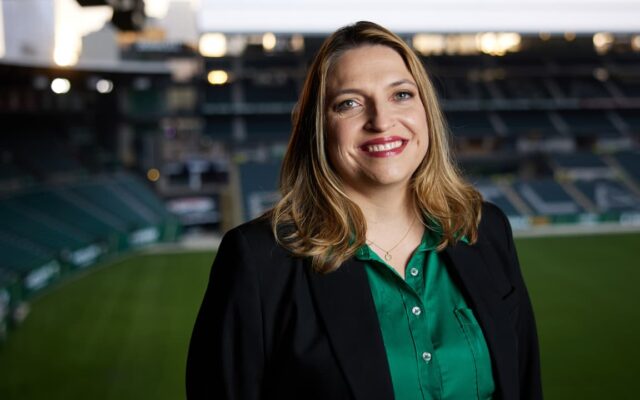 In her position, Davis will oversee all business and operational aspects of the Portland Timbers, Portland Thorns FC and Providence Park.

“Heather has been nothing short of remarkable during her time here,” said owner Merritt Paulson. “She joined us during a challenging period and has overseen significant positive change for the club. We had tremendous external interest in this position, but Heather has earned the trust of our staff and I could not be more pleased to remove ‘Interim’ from her title. She will be an outstanding leader for our organization.”

A fourth-generation Oregonian, Davis joined the club in May of 2022 as the club’s general counsel, bringing with her a wealth of experience from various industries. In a nine-year career at the NFL league office, Davis served as the lead counsel for international operations. Her work included NFL major events such as the Super Bowl, Pro Bowl, the NFL Draft and international games in London and Mexico. Notably, Davis drafted and led negotiations on the NFL’s stadium partnership with English Premier League side Tottenham Hotspur.

One of five women in Major League Soccer to currently oversee club business operations as president or CEO, Davis becomes the first woman in club history to hold that position and is one of the highest-ranking female sports executives in Oregon sports history.

“I am incredibly grateful for the support of our staff and for the confidence that Merritt has shown in me to lead this club,” said CEO Heather Davis. “It is an extraordinary privilege to be entrusted to lead such a storied and successful franchise that means so much to so many in my home state. We will continue to do the work to be a first-in-class club that everyone can be proud of.”

Prior to her time in the NFL, Davis worked for major law firms in both New York and Washington D.C. In addition to her legal experience, Davis spent time working in the Office of Senator Hilary Clinton as her Director of Scheduling from 2001-2002, as well as in the White House as a Special Assistant to the President and Deputy Director of Presidential Scheduling during the Clinton Administration from 1998-2001.

A University of Oregon graduate and a recipient of a Bachelor of Sciences in Journalism and Political Science, Davis obtained her law degree from the George Washington University Law School in 2005. A wine enthusiast herself, Davis earned a certificate in the Legal and Business Aspects of Wine from Gonzaga University Wine Institute in 2021.

Born in Portland and raised in Aloha, Davis attended Hillsboro High School. She resides in McMinnville with her husband, Rob.