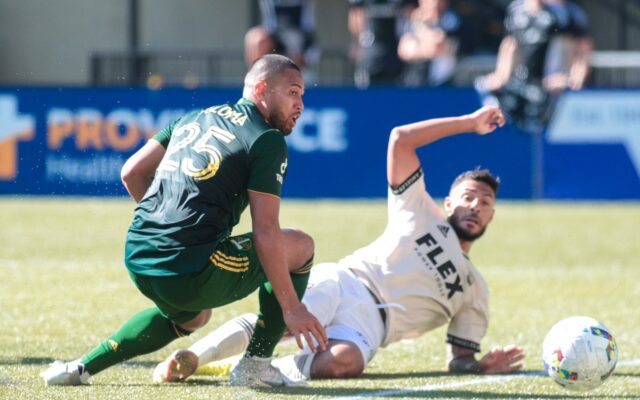 In the final home game of the 2022 regular season, the Portland Timbers fell to LAFC 2-1 after a 95th minute go-ahead goal.

Both teams entered this game with major implications and were fresh after two weeks off. Portland was fighting for a playoff berth, and LAFC went in hoping to earn the Supporters’ Shield with a victory.

After battling to a 0-0 score at halftime, Carlos Vela opened the scoring for LAFC in the 51st minute. After earning a variety of opportunities throughout the match, Portland finally answered back with a goal from Dairon Asprilla in the 81st minute. After the equalizer, LAFC ramped up the aggression and Denis Bouanga ultimately burned the Timbers with a 95th minute goal.

With this result, Portland now faces a can’t-lose situation against Real Salt Lake on Decision Day next weekend. On the other side, LAFC earned the 2022 Supporters’ Shield after its late-game heroics.