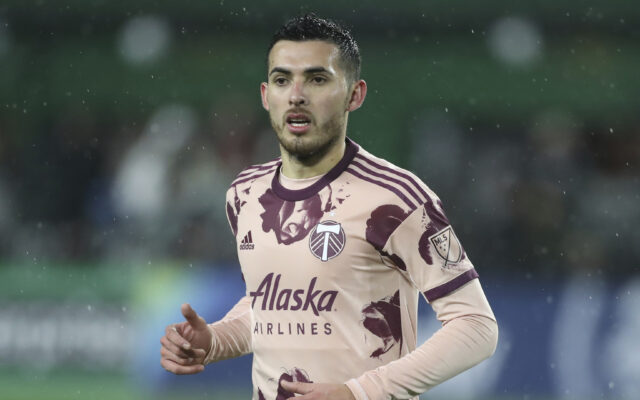 Timbers Head Coach Giovanni Savarese made possession a point off emphasis after the 4-1 loss at Dallas FC last week and the Timbers took it to heart; Portland out-possessed Orlando 58% – 42% in the first half.

Nonetheless, neither team found success with the ball in the first half with Portland failing to register a shot on target and Orlando posing little threat in the final third.

Portland’s energy and tidiness lacked to start the second-half and Junior Urso took advantage scoring in the 52nd minute to take the lead for the away side.

Parlayed with going down 1-0, the Timbers seemed doomed after Jose Van Rankin picked up a second yellow card with just 15-minutes remaining in regulation.

Portland worked extremely well with 10-men to stay in the game and Cristhian Paredes won a penalty just four minutes after Van Rankin was sent off.

Surprisingly Paredes was the one to step up and take it as well. He did so confidently going down the middle to make it one-all.

Despite being down a man for the final actions of the match, Portland further pushed for all three points. It wasn’t to be but the Timbers fans had something very positive to cheer for when Midfielder Eryk Williamson subbed-on in the 86th minute, his first appearance since a torn-ACL 210 days ago.

Portland had a glorious chance with the last kick of the game but Sebastian Blanco couldn’t get enough power behind the ball to beat Orlando Keeper Mason Stajduhar.

The Timbers will stay in the Rose City this week and host the LA Galaxy at Providence Park next Sunday at 1:30 PM.