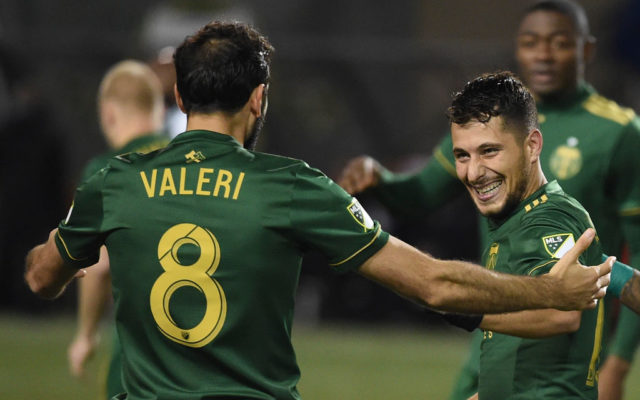 The ‘MLS is Back’ tournament continued from Orlando, Florida on Saturday night, when the Portland Timbers took on the Houston Dynamo in the group stage. Portland went into the contest on top of the Group F standings with three points, following their upset victory over the LA Galaxy last Friday in the tournament opener.

Much like game one for the Timbers, the match began scoreless for much of the first half.

Goal keeper Steve Clark continued right where he left off from the last game, making some big time saves to keep Houston off of the board before halftime.

Portland took the 1-0 lead into the break.

The Timbers kept up the momentum in the second half, as Eryk Williamson found Diego Valeri on a pass into the pass. Valeri did the rest, finishing into the bottom right corner of the net with his left foot to give Portland a commanding 2-0 lead at the 61st minute.

It looked as if Portland would cruise to victory without a scare in the second half, until the 86th minute when a video review gave Houston a penalty kick. Alberth Elis capitalized on the penalty shot, getting the ball past Steve Clark and cutting the Timbers’ lead in half.

Timbers avoid the late scare and once again hold onto a 2-1 victory, earning them another three points and clinching a berth in the tournament’s knockout round.

Timber’s Larrys Mabiala earned himself Man of the Match honors.

Portland will be back in action next Thursday July 23rd against LAFC for their final game of the group stage. Pre-game coverage begins at 7pm right here on 750 The Game.