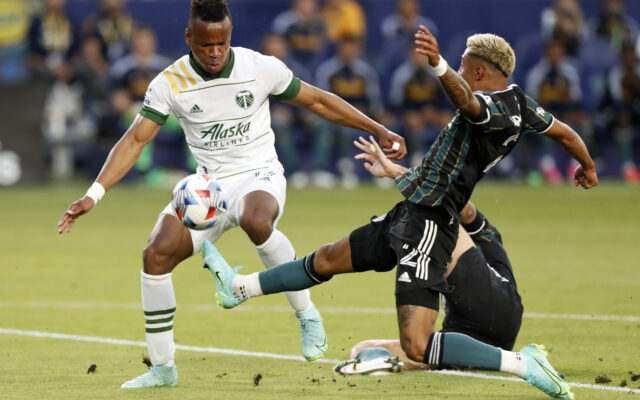 The Portland Timbers struggled in LA, falling 4-1 to the Galaxy Friday night at Dignity Health Sports Park. Entering tonight, Portland was an even .500 against the Galaxy (10-6-10) but the 27th meeting belonged to the Galaxy who handed Portland their third 4-1 defeat of the MLS season.

Portland controlled the opening 10 minutes of the match, nonetheless, LA struck first in the 27th minute via a Rayan Raveloson bicycle-kick. Portland responded just two minutes later when Jeremy Ebobisse smashed the equalizer in with his left boot.

There was little more after Ebobisse’s goal for Portland fans to cheer about. The Galaxy had not won a contest in their last three and we’re embarrassed 4-0 against Dallas last week, tonight they showed the league they are still more than capable of scoring without the injured Chicharito.

The home side took a 2-1 lead in the 34th minute after a Victor Vazquez header and continued the scoring in the 53rd when Sacha Kljestan calmly slotted away a penalty that was given up by Steve Clark. LA put the exclamation mark on the match quickly after the penalty, making it 4-1 when Samuel Grandsir finished a back-post header.

Portland stays one spot back of a playoff spot in the Western Conference at 6-1-8 and has the third-worst goal differential in the conference. The forgetful Friday night is the Timbers last road game until August 18th with the next contest at home against San Jose this Wednesday.