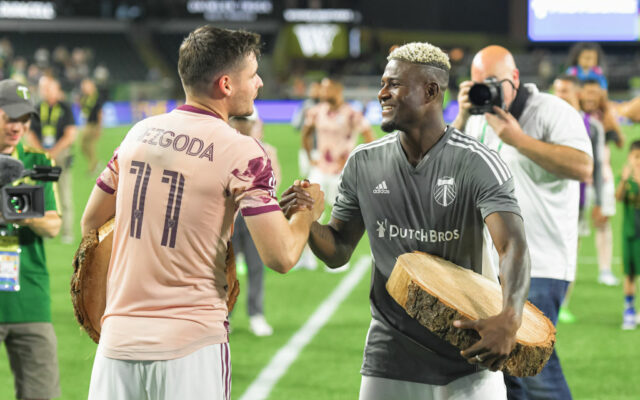 PORTLAND, OR - JULY 23: Dairon Asprilla and Jaroslaw Niezgoda of the Timbers share a moment after the MLS match between San Jose Earthquakes and Portland Timbers at Providence Park on July 23, 2022 in Portland, Oregon. (Photo by Simon Sturzaker/Getty Images)

On Friday, November 11, St. Louis City SC will take part in the 2022 MLS Expansion Draft, ahead of its inaugural season as the league’s 29th team.

The draft will begin at 4pm PT and will be broadcast live on MLSsoccer.com, the MLS App, Twitter, and Twitch.

St. Louis can select up to five players from a list of 263 eligible players drawn from 23 teams (5 teams are exempt from the draft this year). Each team can protect 12 players and St. Louis can only pick one player from each team’s unprotected players.