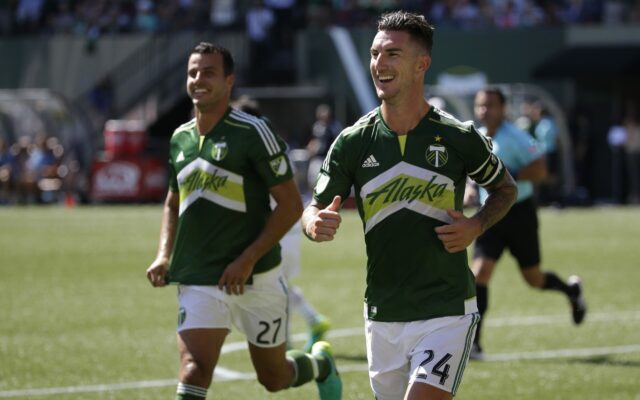 “I am delighted that we will be keeping our coaching staff intact, and we are excited to announce the addition of Liam Ridgewell to the group. Miles, Carlos, and Memo each play an important role that is vital to the club’s success and have continued to demonstrate their commitment through the years. We believe Liam will add a new component, and he is eager to continue learning from an experienced coaching staff,” said Timbers technical director Ned Grabavoy.

Llamosa, Joseph and Valencia will all begin their sixth season with the club in 2023. The trio joined the Timbers first-team coaching staff in 2018, and under the guidance of Savarese, they have helped the team earn two berths in MLS Cup (2018, 2021), winning the MLS Western Conference Championship in both of those seasons. During their first five seasons, the team has made four playoff appearances (2018, 2019, 2020, 2021) and won the 2020 MLS Is Back Tournament.

“Our coaching staff has been together for many successful seasons in Portland, and to me, working alongside Carlos, Miles, and Memo has been extremely important. I am delighted to continue working with them daily,” said Timbers head coach Giovanni Savarese. “We are also excited to announce the addition of Liam to our coaching staff next year. He has been an important figure for this club for many years now, on and off the field.”

Ridgewell, who holds his UEFA B Coaching License, will begin his first season as part of the coaching staff in 2023. He played for the Timbers from 2014-18, signing as a Designated Player in June 2014 before departing the club after the conclusion of the 2018 season. During those five seasons, Ridgewell made 110 MLS appearances (all starts) for Portland, recording seven goals and two assists. The English defender helped guide the Timbers to three postseason appearances (2015, 2017, 2018), winning MLS Cup in 2015 and featuring for Portland in its run to the 2018 MLS Cup.

Ridgewell concluded his professional career in England, making appearances for Hull City in the English Football League Championship (2018-19) and Southend United in EFL League One (2019-20). Prior to joining the Timbers in 2014, Ridgewell spent 12 seasons in the English Premier League and the EFL Championship, recording over 200 appearances for Aston Villa, Birmingham City and West Bromwich Albion.