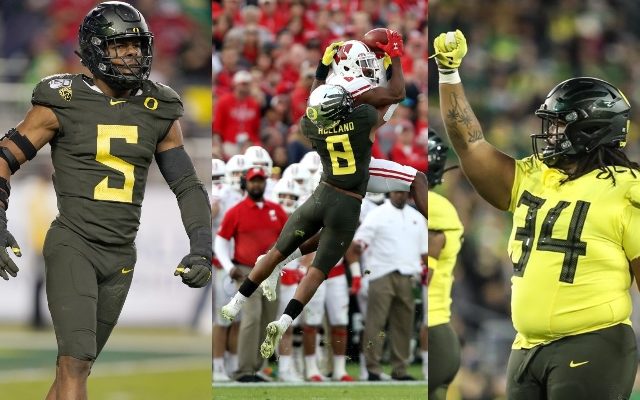 Oregon finished with a top-10 defense nationally in 2019, and many thanks to the three players who made the Nagurski watch list for 2020: DT Jordan Scott, DE Kayvon Thibodeaux, and S Jevon Holland.

The Ducks are just one of seven teams to have three players named to the watch list this season.