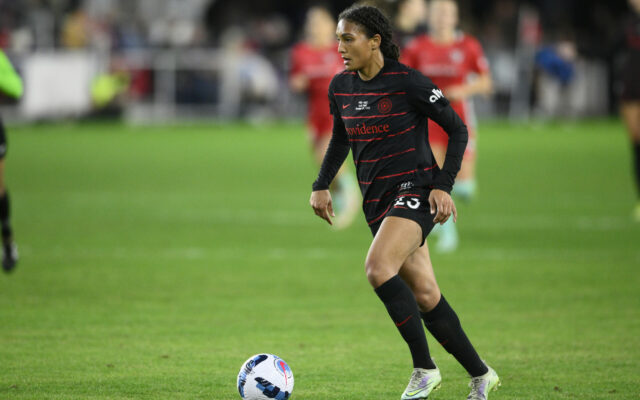 The Portland Thorns FC announced Thursday they had a deal with Angel City FC that sends midfielder Yazmeen Ryan to Angel City.

The Thorns receive the 5th overall pick in the upcoming NWSL Draft, a second-round pick in the 2024 draft, and $200,000 in allocation money.

The 23-year-old Ryan was the 6th overall pick out of TCU in the 2021 NWSL draft and played two seasons in Portland.  She made 38 appearances (21 starts) and scored three goals and five assists.  She had two goals and three assists in the 2022 season helping the Thorns win their third NWSL Championship in club history, a league record.

We’ve acquired Angel City’s No. 5 pick in the 2023 NWSL Draft and second round pick in the 2024 draft in exchange for midfielder Yazmeen Ryan. #BAONPDX

Update:  After acquiring the rights to Yazmeen Ryan from Portland, Angel City FC announces they have traded Ryan to NJ/NY Gotham FC in exchange for the No. 1 overall pick in the NWSL draft.

The top spot is ours! 💪#AngelCityFC trades for the No. 1 overall pick in the 2023 NWSL Draft.
Read more: https://t.co/IwFv3E0KFZ pic.twitter.com/zHgOcihZiR