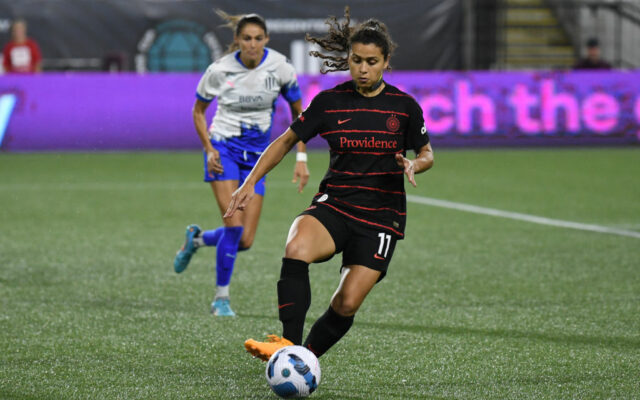 PORTLAND, Ore. – Portland Thorns FC today announced that midfielder Rocky Rodríguez has signed a new contract with the club through the 2025 season.

“Entering her eighth season in the league, Rocky has a wealth of experience and a proven ability to rise in big occasions,” said Karina LeBlanc, Thorns FC general manager. “She’s the type of player that brings passion on the field and a brightness off it, uplifting any environment she’s in. We are thrilled to secure Rocky’s role within the team for several more years.”

The 2023 season will mark Rodríguez’s fourth season in Portland after she arrived at the club via trade with Sky Blue FC on Jan 8, 2020. In 2022, Rodríguez helped Portland capture the NWSL Championship, scoring her first career playoff goal in the semifinal round against the San Diego Wave FC on Oct. 23. During the regular season, the Costa Rica international appeared in 17 matches (13 starts), tallying two goals. During her time with Thorns FC, Rodríguez has played in 65 matches across all competitions, making 53 starts with seven goals and three assists, helping the team win the 2020 NWSL Community Shield, 2021 NWSL Challenge Cup, 2021 Women’s International Champions Cup and 2021 NWSL Shield.

Rodríguez played her first four seasons (2016-19) in the NWSL with Sky Blue FC after being selected No. 2 overall in the 2016 NWSL College Draft out of Penn State University. In 2016, Rodríguez was named NWSL Rookie of the Year, tallying one goal and one assist in 18 appearances. In four seasons with Sky Blue FC, Rodríguez appeared in 76 games (66 starts), recording eight goals and five assists.

“Rocky is such a popular player with her teammates as well as with the fans. She brings such incredible energy and lightness to her game,” said Thorns FC head coach Rhian Wilkinson. “Rocky epitomizes the joy we speak about as a team, and you can see this through how she plays and what she tries to do on the field. She had a great season with us and I’m so glad she will be in Portland longer.”