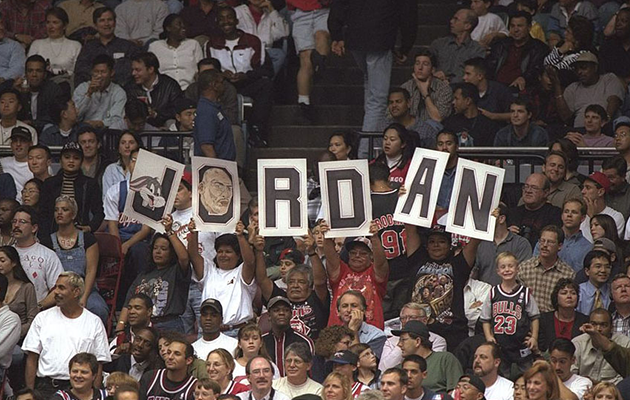 With sports canceled due to the coronavirus, the sports world was practically foaming at the mouth in anticipation of The Last Dance. As you’d expect the first two episodes set up the background of the Bulls legendary season.

Bulls GM (at the time) Jerry Krause announced before the season that the 97-98 season would be coach Phil Jackson’s last with Chicago.

DP on the Record: “Jerry Krause is probably the villain in the first 2 episodes… But Jerry Krause did do his job.” -DP breaks down the decision Jerry Krause made as Bull’s GM

Did Mike want to win or did he just want to shove it up management’s ass? Yes.

Owner Jerry Reinsdorf talked about the idea to “rebuild” the team because “other than Michael” most of the other players were near the end of their prime… Whoops. Scottie Pippen, among others, would disagree.

“Whenever they speak Michael Jordan, they should speak Scottie Pippen.”

Pippen was ridiculous while in Chicago. He was second in scoring, rebounding and minutes played and first in assists and steals. Yet, he was 6th in salary on the Bulls roster and 122nd in the NBA…

Bruh came from a town of 3500 people . Had a chance to make millions and hoop. Can’t go by what if’s . But his owner even said you gonna feel underpaid . It’s. It a good deal for you https://t.co/lX0TsQDptz pic.twitter.com/rP9DMDHxTC

Pippen signed a 7-year/$18 million deal in 1991, but Reinsdorf had a policy that can be summed up as, “once you got your contract, I don’t want to hear from you.” Well, tensions grew between Pippen and the Bulls. So, after the 1996-97 championship, Pippen waited to get surgery on an injury because he didn’t want to lose his summer and to seemingly send a message to management.

Phil Jackson being cool with Pip missing MONTHS of their last season because he wanted to spite management & enjoy his offseason is a perfect example of how Phil managed to keep all the egos in check & kept guys happy. Was always a player’s coach. #TheLastDance

Episodes three and four debut this Sunday at 6 and 7 p.m. PT.