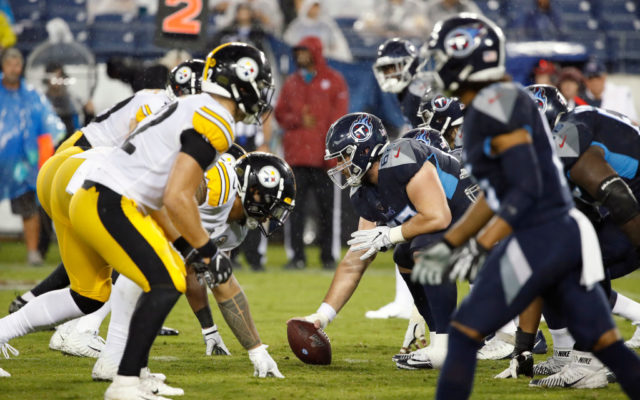 After speculation, debate and logistical discussion the NFL finally made a decision on the Pittsburgh-Tennessee game. The Week 4 matchup is officially being moved to Week 7.

But wait, there’s more! The Pittsburgh Steelers were originally scheduled to play the Baltimore Ravens in Week 7, but they will play in Week 8 to accommodate the Titans-Steelers game.

Also, the Steelers and Ravens were supposed to have their bye week in Week 8, but now that changes as well. The Titans and Steelers will have their byes this week; meanwhile, the Ravens will move their bye up one week to Week 7.

In case that was too confusing, here’s the quick version.

The NFL has made schedule changes as a result of the Steelers-Titans Week 4 postponement. pic.twitter.com/ifgQ95JVXg

Steelers tight end Eric Ebron didn’t hold back his criticism of the decision to move the Steelers schedule around to accommodate the Titans, and for good reason.

im confused on how this became our problem.. my sons birthday party was bye week now i’m missing his birthday & bad enough I don’t even see my kids. shit sucks.

In all, seven Titans players and six personnel members have tested positive for COVID-19.

Also, there’s no change for the Minnesota Vikings, who the Titans played in Week 3. They will play their game this week with Houston.