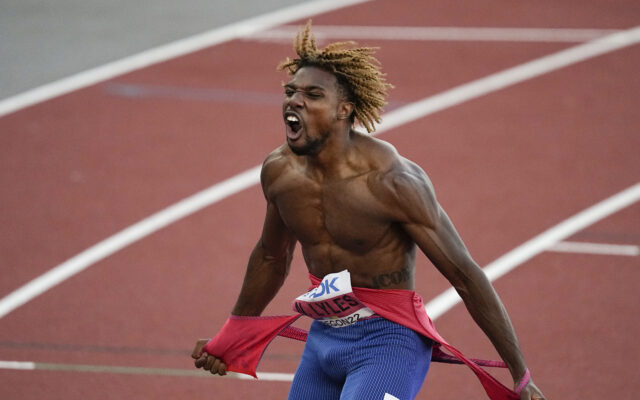 U.S. sprinter Noah Lyles ran the fastest 200-meter sprint recorded by an American man at the World Championships in Eugene on Thursday night, finishing in 19.31 seconds.

That bested the legendary Michael Johnson’s mark of 19.32 seconds, a U.S. record hat stood for 26 years since Johnson accomplished it at the 1996 Atlanta Olympic Games.  Lyles edged the mark by a mere 0.01 seconds to put himself in the record books.

It topped what was an American sweep in the event, with 19-year-old Erriyon Knighton claiming bronze and the silver going to Kenneth Bednarik.

After the race, Johnson himself came down to congratulate Lyles and celebrate his historic moment.

I’m framing this One!
2 fastest Americans ever! pic.twitter.com/sK8dNTz3ov