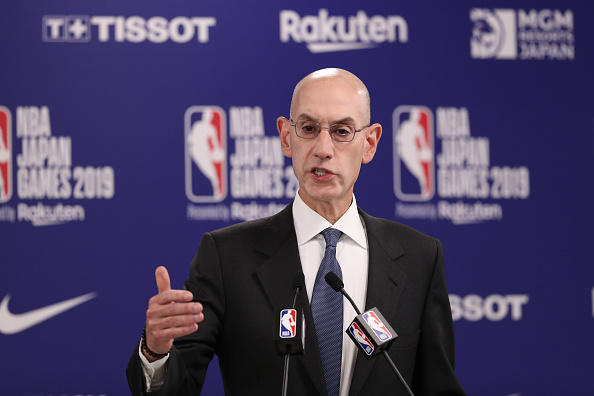 Adrian Wojnarowski has reported that sources told ESPN the National Basketball Players Association began polling its membership on Tuesday about where individuals stand on returning to play this season.

National Basketball Players Association regional representatives started texting NBA players today with a ‘yes or no’ question it says will be kept confidential: Do you want to try and play again this season? The union’s trying to gauge broader sentiment of its 400-plus players.

Officials told players that their responses would be kept confidential within the NBPA.

NBA commissioner Adam Silver Silver told players that a decision did not need to be made in the month of May. Adding that one- or two-site setup for teams was among the likely of scenarios. The two sites on the table right now are Las Vegas or Orlando, according to the call reviewed by ESPN.