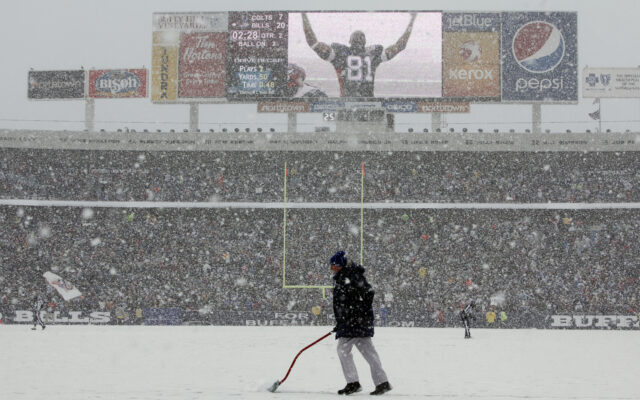 With a major snowstorm expected to hit Buffalo, New York in the coming days, the NFL is monitoring the situation and preparing for various scenarios.

No decisions have yet been made about possibly changing the venue for the Week 11 matchup, but rescheduling the game seems out of the question, as the Bills are playing only four days later – a Thanksgiving Day game in Detroit.

Beginning Thursday night and through the weekend, Buffalo is expected to be hit with a lake-effect snowstorm that could drop upwards of four feet of snow.

The Browns and Bills are scheduled to kick off from Orchard Park, N.Y., at 10 am on Sunday afternoon.

The last time a game was moved out of Buffalo due to weather was in 2014, when a Week 12 game between the Jets and Bills was moved from Sunday afternoon at then-Ralph Wilson Stadium to Monday night at Ford Field