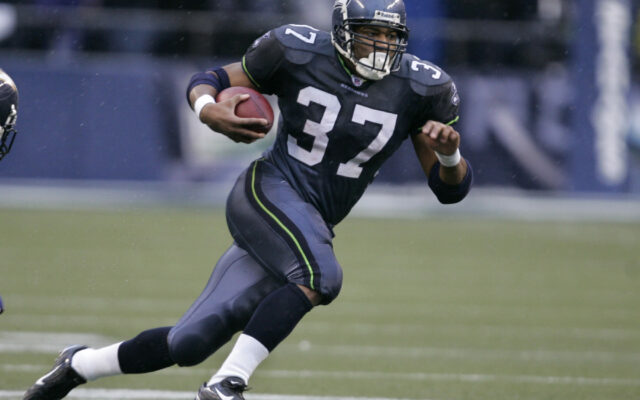 Seahawks have just announced Shaun Alexander will go in the ring of honor when the Seahawks host Arizona on Oct. 16.

Alexander played 8 seasons in Seattle after being a first round pick by the Seahawks in the 2000 NFL draft.  His career is highlighted by his MVP and his offensive player of the year in 2005 when he ran for 1880 yards and 27 touchdowns for the Seahawks.  The Seahawks went 13-3 and won the NFC then lost to the Pittsburgh Steelers in Super Bowl XL 21-10.