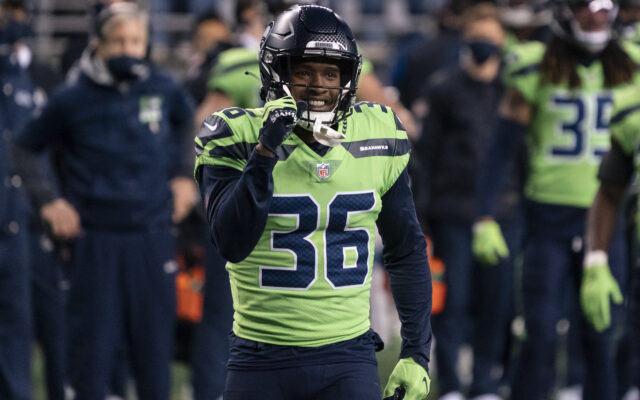 The Seahawks lost a lot of talent in the secondary this offseason, but they won’t lose everyone. Seattle officially re-signed defensive back Damarious Randall on Friday. The terms of the deal were not disclosed.

Last season’s Week 1 starters, Shaquill Griffin and Quinton Dunbar, both left in free agency. Randall joined the Seahawks as a practice squad player in September before eventually being promoted to the 53-man roster.

Overall, Randall played in 10 games for Seattle. He mostly played on special teams, but the idea in bringing him back will move the vet back to cornerback.

Randall has played for Green Bay (the team that drafted him in 2015) and Cleveland. After his first three seasons with the Packers at cornerback, Randall switched to playing safety in two years with the Browns. Then, he ended up in Seattle.

The losses of Griffin and Dunbar are significant, but the Seahawks are not devoid of talent at cornerback. Tre Flowers and D.J. Reed both return to Seattle and each has CB experience.

Flowers has started 37 games at right corner over the last three years. Reed’s injury history has kept him off the field a lot, but he finished last season as the Seahawks starting right CB.

Finally, the Seahawks added Ahkello Witherspoon from the 49ers in free agency. Witherspoon started 33 games over four seasons between both right and left cornerback.