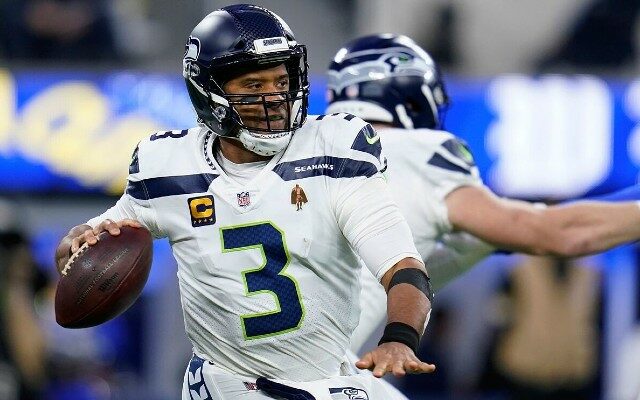 The Russell Wilson era in Seattle is over after ten seasons.

ESPN’s Adam Schefter was first to report, and multiple outlets confirmed, the Seahawks and Broncos have agreed to terms on a trade involving Wilson.  Schefter says it is one of the biggest trades in NFL history, and that negotiations have taken place for weeks.

The trade is pending a physical and Wilson’s approval, per Schefter.

The full deal:#Broncos get: Russell Wilson and a fourth-rounder.#Seahawks get: 2 first-rounders and 2 second-rounders, a fifth-rounder, Drew Lock, Shelby Harris and Noah Fant.

Wilson helped guide the Seahawks to the franchise’s lone Super Bowl championship in the 2013 season, his second year in the NFL.  Seattle crushed the Peyton Manning-led Broncos in Super Bowl 48, winning 43-8.  Now, Wilson is set to become a Bronco, and help a franchise that has been looking for its next long-term quarterback since Manning retired following a Super Bowl win in the 2015 season.

Wilson made 9 Pro Bowls in ten seasons in Seattle.  Until this past season, he had played and started in every game of his NFL career.  In 2021 he suffered a finger injury that forced him to miss three games, his first time missing games in his pro career.

Since winning consecutive NFC Championships in the 2013 and 2014 seasons, the Seahawks have won just three playoff games in the past seven seasons, and have not returned to a conference title game.

The franchise came agonizingly close to winning back to back Super Bowls and staking claim to be one of the best dynasties in the history of the sport.  But Wilson threw an interception at the goal line to Malcom Butler of the Patriots in the most dramatic finish in Super Bowl history to give New England a 28-24 victory in Super Bowl 49.

Blockbuster: After weeks of negotiations, in one of the largest trades in NFL history, the Seattle Seahawks and Denver Broncos have agreed to terms for a deal involving Super-Bowl winning QB Russell Wilson, sources tell ESPN.

Trade is pending a physical and Wilson’s approval. pic.twitter.com/oRFDV8Ehyx