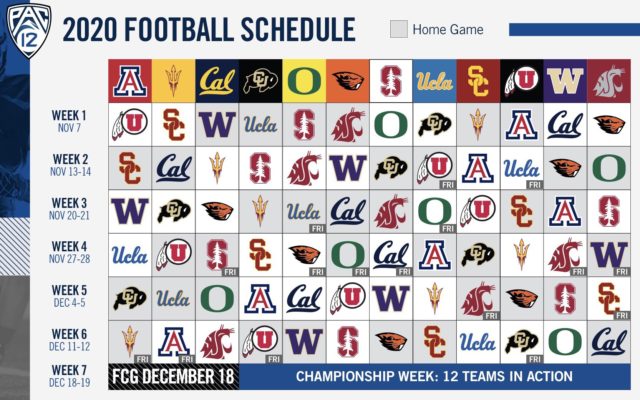 Pac-12 modified schedule has been released.

Each school in the conference will play the five other teams in its division as well as one crossover game against an opponent from the other division, culminating with all schools playing a final game based on their seeding in the first six games the weekend of December 18-19, with the top two seeds playing for the Pac-12 Championship.

The Oregon Ducks and Oregon State  Beavers rivalry game is set for the day after Thanksgiving, Friday, November 27th, from Reser Stadium.