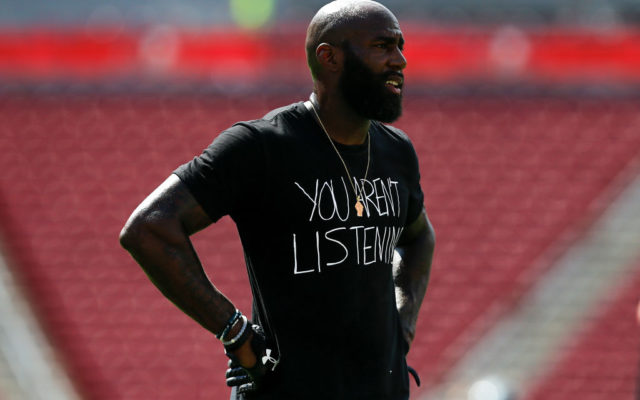 New Orleans Saints safety Malcolm Jenkins is headed to CNN to provide his perspective and help educate the public.

“Having spent years running non-profits and supporting grassroots organizations to address the inequalities of our criminal justice system, educational system and disparate wealth in our marginalized communities, I believe I can be a voice for other athlete activists and those who have dedicated their lives to changing legislation, policies and reforms for human equality,” Jenkins, co-founder of the Players Coalition, said in a statement.

Jenkins and retired NFL wideout Anquan Boldin created the Players Coalition in 2017, which “exists to end social injustices and racial inequality so future generations have opportunity to thrive without barriers”.

“Now more than ever, the public needs to be educated on the roles of elected positions of power, such as the District Attorney, Police Chief or City Council and how to hold those individuals accountable, especially through their voice and their vote,” he added in the statement. “In an important election year, I’m eager to join the CNN family and share my perspective as a regular contributor.”

“I also want to thank CNN for their thoughtful leadership in viewing professional athletes beyond their sport as another educated voice who brings a varied perspective and value to the network’s programming and shows,” Jenkins said.

Proud to join the @CNN family today as a regular contributor. Looking forward to being heard. #blacklivesmatter #MoreThanAnAthlete https://t.co/oizjMBy7s6