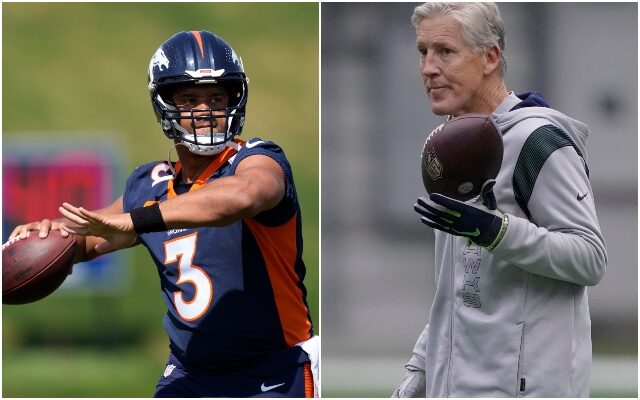 Russell Wilson visits Seattle for the first time as an opposing quarterback on Sept. 12th, 2022, the first Monday Night Football game of the season (AP Images)

We knew Russell Wilson would return to Seattle for the first time as an opposing quarterback at some point this upcoming season.

We just did not know exactly when that would be.

This works for this season’s Monday Night Football opener: pic.twitter.com/uzZfYJlEoo

The stage is ours to close out NFL’s Week 1 slate. 👀

You knew this was coming.

The Seahawks traded Wilson to the Broncos in March, ending the QB’s 10-year run in Seattle that included two NFC titles and a Super Bowl ring from the 2013 season.

The full NFL schedule will be released at 5 p.m. PT.