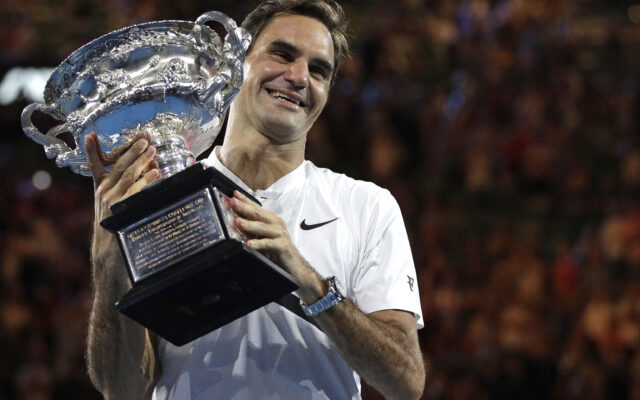 Roger Federer is retiring from professional tennis at age 41 after a series of knee operations, ending a career in which he won 20 Grand Slam titles, finished five seasons ranked No. 1 and led a golden era of men’s tennis with rivals Rafael Nadal and Novak Djokavic.

“As many of you know, the past three years have presented me with challenges in the form of injuries and surgeries,” Federer said Thursday in a post on his social media accounts. “I’ve worked hard to return to full competitive form. But I also know my body’s capacities and limits, and its message to me lately has been clear.

“I am 41 years old. I have played more than 1500 matches over 24 years. Tennis has treated me more generously than I ever would have dreamt, and now I must recognize when it is time to end my competitive career.”

To my tennis family and beyond,

Federer’s 20 Grand Slam titles rank third all time among men’s players behind only Nadal (22) and Djokovic (21).

Federer leaves with 103 tour-level titles on his résumé and 1,251 wins in singles matches, both second only to Jimmy Connors in the Open era. Federer’s records include being the oldest No. 1 in ATP rankings history — he returned to the top spot at 36 in 2018 — and most consecutive weeks there; his total-weeks mark was eclipsed by Djokovic.

Federer, Nadal, Djokovic and Andy Murray are set to play together for the first time when they compete Sept. 23-25 as part of Team Europe at the Laver Cup in London. The three-day team event, which is run by Federer’s management company, pits six of Europe’s top players against six from the rest of the world. It will be Federer’s final event.