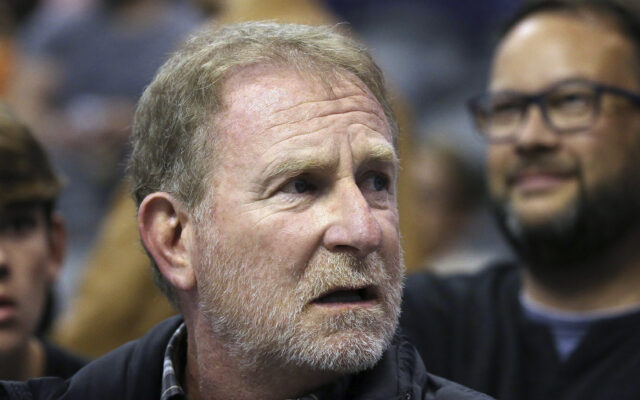 Phoenix Suns and Mercury owner Robert Sarver issued a statement today saying that he has begun the process of selling the teams, calling it “the best course of action for everybody.”

Sarver was given a one-year suspension and a $10 million fine for racist and misogynist remarks after the NBA last week released its findings from a 10-month independent investigation into allegations of workplace abuse during Sarver’s tenure as managing partner of the Suns that has spanned nearly two decades. Read the full statement below: 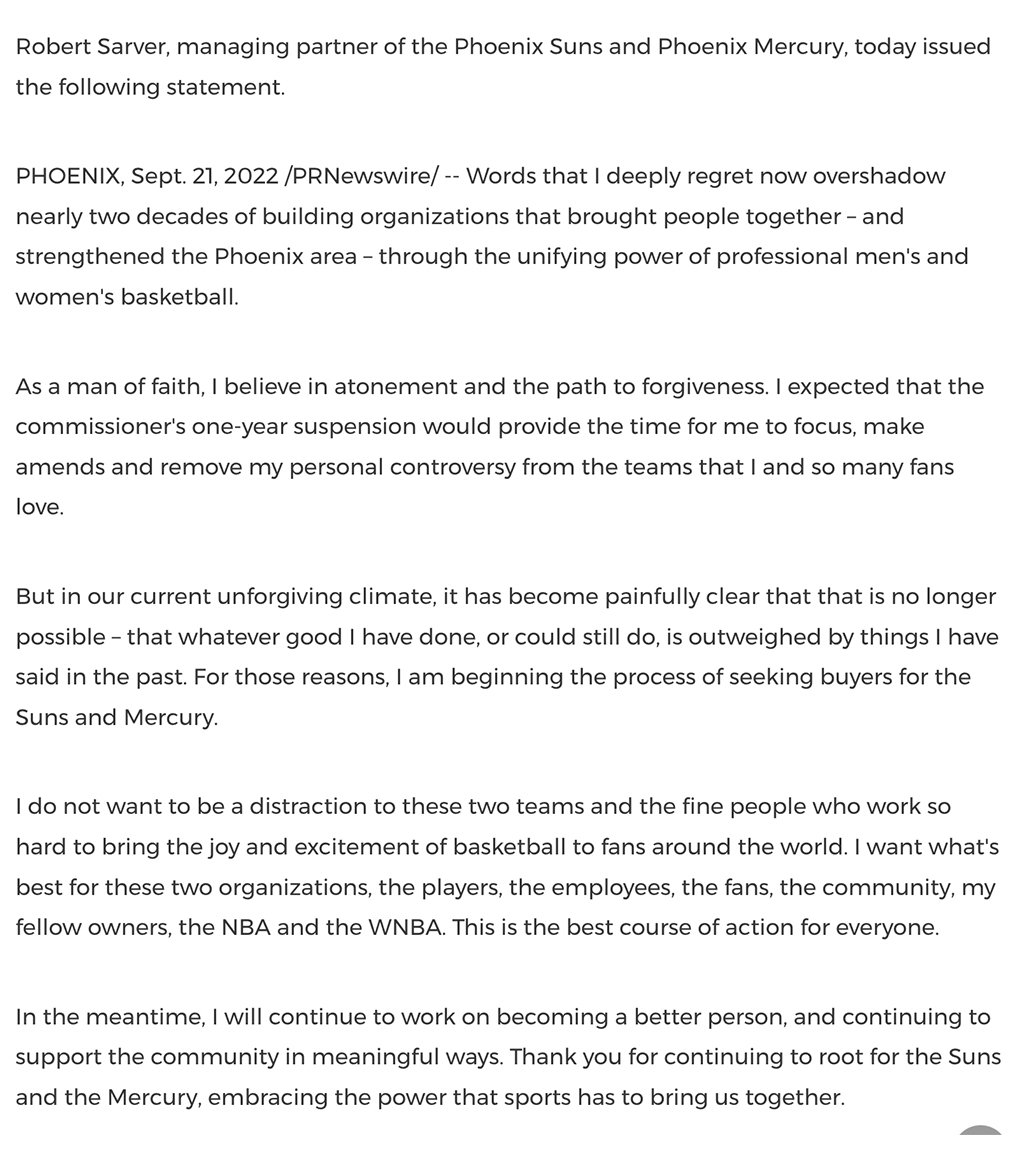