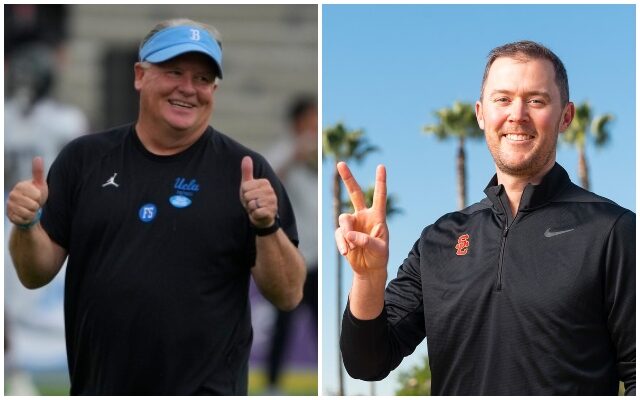 Jon Wilner reports UCLA and USC are planning to leave for the Big Ten Conference, as soon as 2024.

In the ever-changing world of collegiate athletics, another bombshell hit Thursday morning.

Jon Wilner of the Bay Area News Group reports from a source that USC and UCLA are planning to leave the Pac-12 Conference and join the Big Ten Conference, and will aim to do so as early as 2024.

Source: USC and UCLA are planning to leave for the Big Ten as early as 2024. Move *has not been finalized* at the highest levels of power.

Bruce Feldman of The Athletic adds that it was the universities who reached out to the Big Ten Conference initially with this idea.

Source tells me that there is a lot of truth to @wilnerhotline report about USC and UCLA in discussions to leave for the Big Ten. My understanding is USC and UCLA reached out to the Big Ten.. certain legal parameters and bylaws need to be followed for obviously legal reasons. https://t.co/2NSDv8YtWA

Were this to happen, it would in all likelihood be a blow to the Pac-12 and the conference’s hopes of negotiating a strong television deal, a priority for commissioner George Kliavkoff.  The current television deal expires in the summer of 2024.