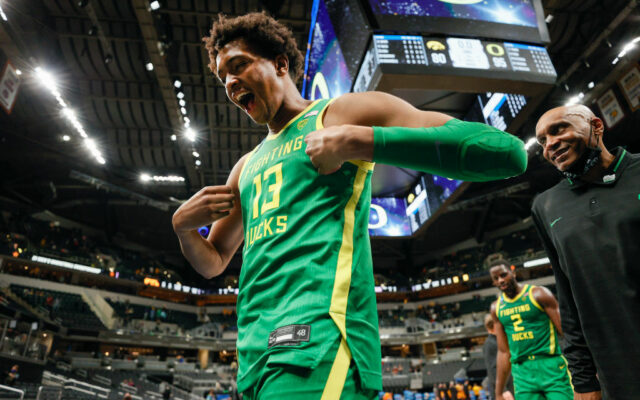 The Oregon Ducks look like they’ll be without another player next season as Chandler Lawson is entering the transfer portal, according to multiple reports.

Jeff Borzello of ESPN broke the news while James Crepea of The Oregonian and Matt Prehm of 247 Sports each confirmed the report through their own sources.

A couple factors to think about, Lawson is from Memphis, Tennessee. Also, before committing to Oregon in 2018, he had offers from Ole Miss, Florida, Baylor and Kansas.

His brother, Johnathan Lawson, is currently a four-star recruit and an Oregon commit for the 2021 class. We’ll wait and see if Johnathan changes his mind with Chandler’s decision to leave the program.