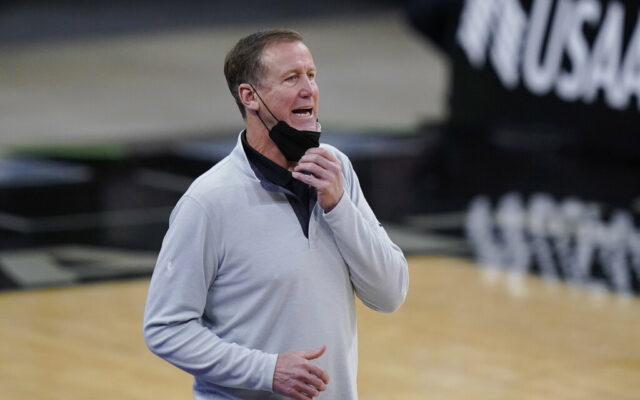 Two seasons removed from a trip to the Western Conference Finals, Terry Stotts could on his way out of Portland, per Shams Charania and Sam Amick of The Athletic.

In the article (subscription required) posted Wednesday, Charania and Amick run through five coaches on the “early NBA hot seat.” They start with Stotts.

All good things must come to an end. Especially when “great” was the goal.

Nearly nine years after Stotts became Trail Blazers head coach, sources say his time in the role is increasingly expected to come to an end after this season, in large part, because this team just can’t find a way to truly become elite.

The two go on to say several factors have “made clear” that the Trail Blazers will look for a new coach this offseason. Among the factors are “lack of progress and adjustments over the course of the season” and  “Stotts’ stint with the franchise running its course after nine years”.

Barry of course is a former Oregon State star and a 14-year NBA vet. He was a first-round pick (No. 15 – 1996, Denver) and won two NBA Championships with the Spurs. However, Barry has never coached since retiring in 2009.

The Stotts portion closes on this interesting note:

If the Blazers ultimately make a move on the Stotts front, sources say they’d be likely to go for a big name, high-dollar coach to replace him. Remember, this is the same ownership group that has the Seattle Seahawks and their dynamic leader, Pete Carroll. The thinking, potentially, is that it’s time for Lillard’s Blazers to have someone of that ilk to take them to the next level.

Apparently, Stotts could still save his job; If he were to “pull a rabbit out of his hat” and make a deep playoff run. Also, Stotts has “less player support now than he did in years past” according to Charania and Amick’s sources.

The other four coaches “on the hot seat” in the article are Indiana’s Nate Bjorkgren, Milwaukee’s Mike Budenholzer, Sacramento’s Luke Walton and Washington’s Scott Brooks.