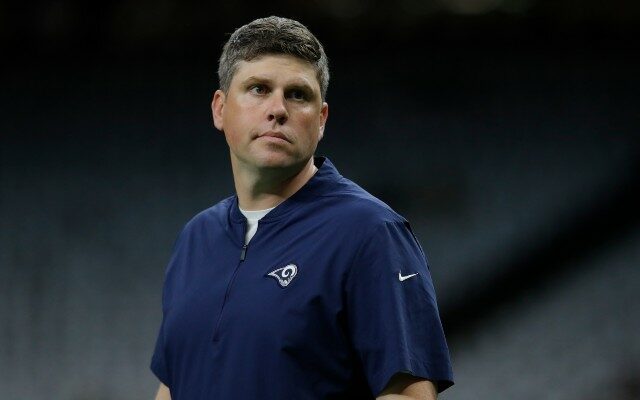 Seattle is planning to hire Rams’ passing game coordinator Shane Waldron for its offensive coordinator job, per source. Waldron will take over for Brian Schottenheimer.

Text I received from a source on staff with the Rams. “This is a bigger loss for us than people realize. Shane is a great match for Russ.”

Waldron is a graduate of LaSalle Prep in Milwaukie, Ore. He played college football at Tufts University in Massachusetts.

Waldron got his NFL start under Bill Belichick with the New England Patriots in 2002 as an operations intern. However, his first NFL coaching job didn’t come until 2009 as the Patriots tight end coach.

The last time Waldron served as an offensive coordinator was in 2011 with Buckingham Browne & Nicholls School, a K-12 private school in Massachusetts.

After stops in the United Football League, high school and college, Waldron has coached in the NFL since 2016. However, he never called plays in the regular season. He did some play-calling with the Rams in the 2019 preseason.

He previously worked with Rams head coach Sean McVay in 2016 when the two were part of the Washington Football Team staff under then-head coach Jay Gruden.

Then, Waldron followed McVay to Los Angeles in 2017, when the latter was hired as the Rams head coach.

He started as LA’s tight ends coach in 2017. However, the last three seasons Waldron was the passing game coordinator while also adding the role of quarterbacks coach in 2019.

Seattle really did their due diligence throughout the hiring process. They interviewed a ton of candidates.

When hiring Brian Schottenheimer, Pete Carroll was focused on an offensive coordinator that was a “quarterback-centric” coordinator. This time around, the Seahawks interviewed candidates “with and without QB backgrounds.”

Lynn took the offensive coordinator spot in Detroit, while Lombardi ended up as the OC with the LA Chargers.