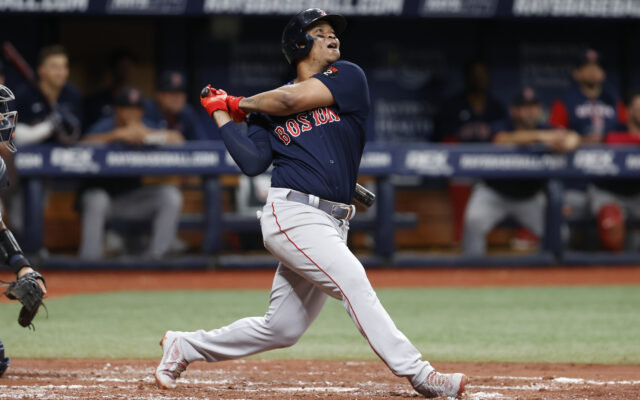 After facing a lot of criticism for not re-signing their players and trading them.  The Boston Red Sox have signed star 3rd baseman, Rafael Devers, to an 11 year $331 million dollar contract.  Devers, 26, batted .295 with 27 home runs a season ago for Boston.  And has hit 139 home runs in his 6 year career all with the Red Sox.  This deal goes with a couple other of moves made by Boston as they have brought in veterans, Justin Turner and Corey Kluber.  As well as adding 29 year old Japanese sensation, outfielder Masataka Yoshida.

The deal is not done. The physical process hasn't started. But in the end, Devers is expected to remain in Boston.