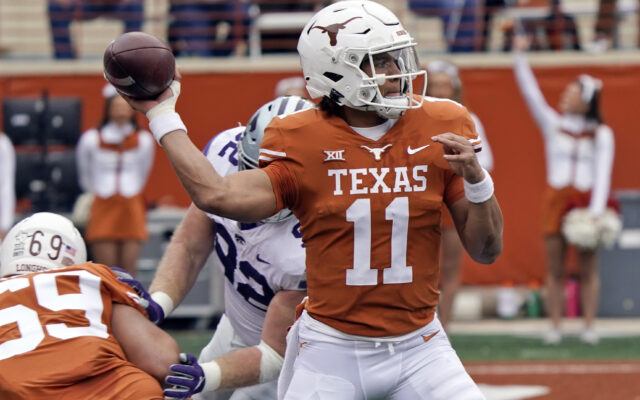 The Texas Longhorns have named Quinn Ewers, the heralded recruit who began his college career early at Ohio State to capitalize on NIL opportunities before transferring back to his home state, as its starting quarterback.

Ewers, a Texas native, had been competing for the job with Hudson Card, who opened the 2021 season as Texas’ starter but mostly sat behind Casey Thompson.

The Longhorns open the season against LMU on September 3 before hosting CFP favorite Alabama on September 10.

The 6-foot-2, 206-pound Ewers initially committed to play for the Longhorns in the class of 2022, but reclassified to the 2021 class and signed with Ohio State after Texas had barred high school athletes from earning money from their name, image and likeness. Ewers handled only two snaps and did not attempt a pass for the Buckeyes last year.