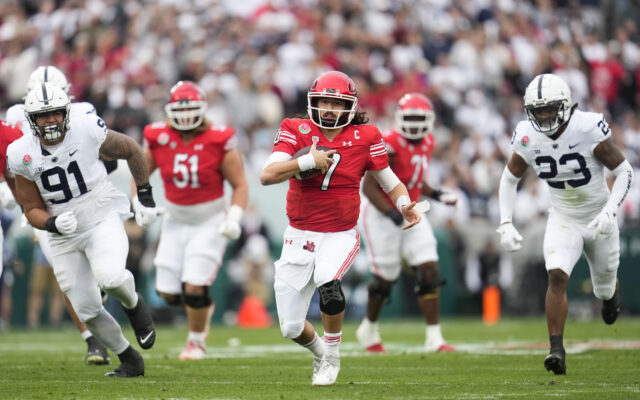 The Utah Utes got a big boost headed into next season.

Quarterback Cam Rising announced via social media that he is returning to the Utes next season:

Let’s run it back! pic.twitter.com/eADdZqnwAE

Rising threw for more than 3,000 yards and 26 touchdowns despite battling injury during the regular season.

Rising was injured again during the Rose Bowl, sustaining an injury that head coach Kyle Whittingham said after the game, “doesn’t look good.”

The extent of the injury is still not clear, and thus it is not known if Rising will miss any of the 2023 season with it.