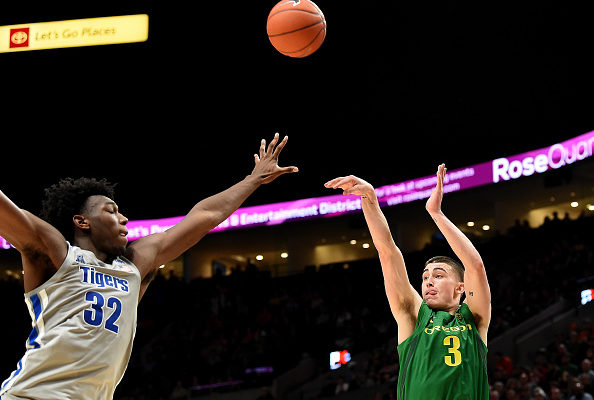 The senior guard was joined on the first team by Luka Garza of Iowa, Markus Howard of Marquette, Myles Powell of Seton Hall and Obi Toppin of Dayton.

Prior to Friday, four Ducks had earned All-America honors by the Associated Press, but none were a first team selection.

Pritchard would become the sixth consensus All-American in program history.

He joined Gary Payton (Oregon State, 1989-90), Damon Stoudamire (Arizona, 1994-95) and Jason Terry (Arizona, 1998-99) as the only players in conference history to lead the league in both scoring and assists. The previous three players to do that were all consensus first team All-Americans and Payton and Terry were National Players of the Year.

The West Linn, Ore., native was one of just four players nationally who led his conference in both scoring (20.5 points per game) and assists (5.6 per game).

Pritchard is one of five national finalists for both the Naismith Trophy and the Bob Cousy Point Guard of the Year Award. He is also one of 15 student-athletes on the Wooden Award National Ballot and one of 12 midseason finalists for the Oscar Robertson Trophy.