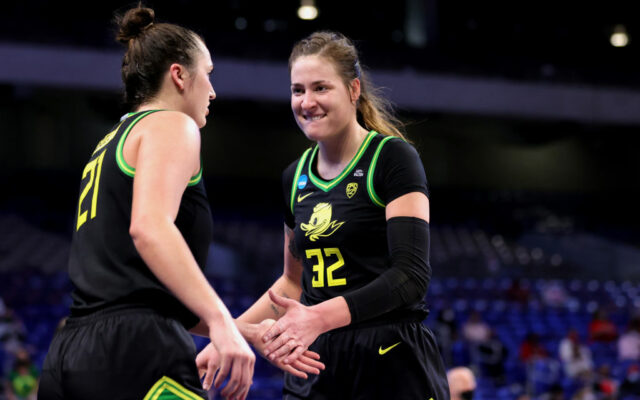 Before 2017, the Oregon Ducks had never been to the Sweet 16 in women’s basketball. Now, they’ve made it four straight Sweet 16 appearances thanks to a 57-50 win over Georgia.

Sedona Prince was just incredible with 22 points on 9-of-14 shooting, and she also collected five rebounds, four blocks, two steals and an assist.

Don’t overlook Nyara Sabally’s performance though. She was 7-of-14 shooting for 14 points with nine rebounds, three assists and two steals.

Oregon (15-8, 10-7 Pac-12) held Georgia to single digits (six points) in the third quarter, which is the third time in the tournament UO has held a team to a single-digit quarter.

The Ducks and Bulldogs were tied at halftime, so holding UGA to just six points was huge to their efforts in picking up the win.

There is a slight concern for the Ducks, all 57 points came from the starters. In other words, not a single bench player scored a point. Also, UO only got nine from the bench against South Dakota in round one.

If the Oregon starters get into deep foul trouble, they’ll need the bench to step up going forward.

The Ducks next opponent will be the winner of (2) Louisville-(7) Northwestern on Sunday.