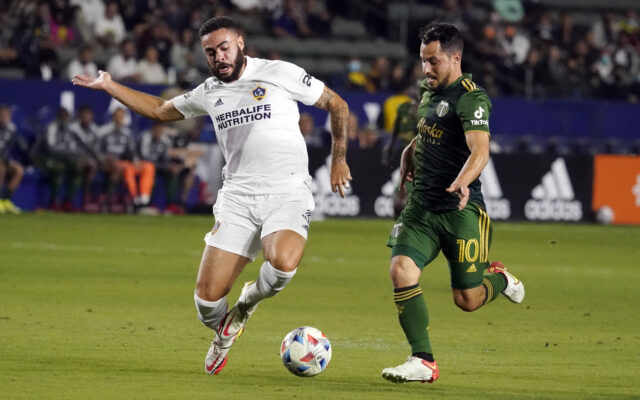 After a two-week international break, Portland traveled to Dignity Health Sports Park and fell 2-1 to the LA Galaxy Saturday night.

Entering the match the west-coast foes were opposites: Portland was unbeaten in eight, won seven of those matches, and was labeled the hottest team in MLS. Alternatively, LA was winless in nine, searching for their first three points since mid-August.

The first half made it seem the Galaxy were the side to win seven of eight. The home team seemingly did everything but score a goal in the opening half: LA out-possessed Portland 70-30, outshot the Timbers 11-2, while key blocks from the Timber backline kept the game scoreless. The only true chance Portland secured early was an offside goal by Jaroslaw Niezgoda who made his first start of the season.

Portland was fortunate to get to halftime without conceding but stats would tell you Portland thrive after being knotted up at halftime; the Timbers stood 8-2-2 when tied at half this season.

The men in green grew well in the second half pushing up the backline but ultimately LA struck first in the 62nd minute when Javier Hernandez tapped in a Victor Vazquez back-post pass.

Who else but Sebastian Blanco to ignite the Timbers. A frustrating night for Portland was turned when Blanco created a moment of magic lobbing a disguised cross over Jonathan Bond in the 72nd minute. The goal marks 19 straight matches where Portland has scored.

Portland was superior in the second half after being outplayed in the first but stoppage time proved misery for the Timbers. Jose Van Rankin put in a rash challenge a minute past the 90 which awarded LA a penalty. Sacha Kljestan bravely put it past Steve Clark and secured LA their first victory in over two months. Postgame, Head Coach Giovanni Savarese stated “we at least deserved a tie.”

Many claim the international break arrived at the worst time for the red-hot Timbers and the first result back may give some credit to that theory with the unbeaten streak halted at eight.

No matter the result tonight, Portland would hold fourth place in the Western conference; despite Portland not picking up points, third place Colorado who lost 3-1 to Real Salt Lake hours before the Timber result went final. Next for Portland is a Wednesday home match against the Vancouver Whitecaps.