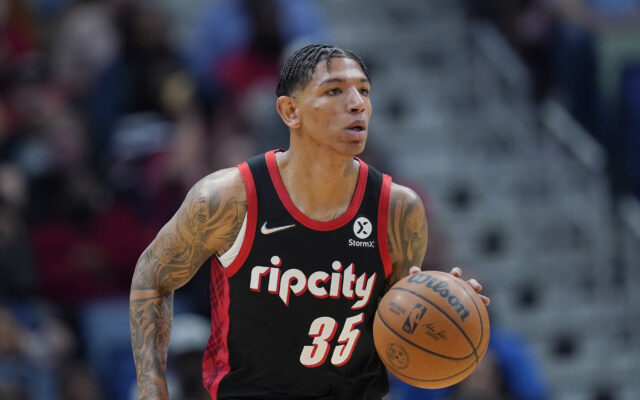 Portland Trail Blazers forward Didi Louzada (35) moves the ball down court in the first half of an NBA basketball game against the New Orleans Pelicans in New Orleans, Thursday, April 7, 2022. (AP Photo/Gerald Herbert)

The Portland Trail Blazers have waived 23 year old guard Didi Louzada.  Louzada was acquired by the Blazers in the CJ McCollum trade last season.  He came over to Portland and played in 7 games and averaged 5 points per game while shooting 45% from 3 point range.  Louzada was guaranteed a little more then $1.8 million this season

We have waived Didi Louzada.

With the move, the Blazers are now at 14 guaranteed roster spots.  Which means, the Blazers can now acquire another player to be added to the NBA roster via free agency or a trade.