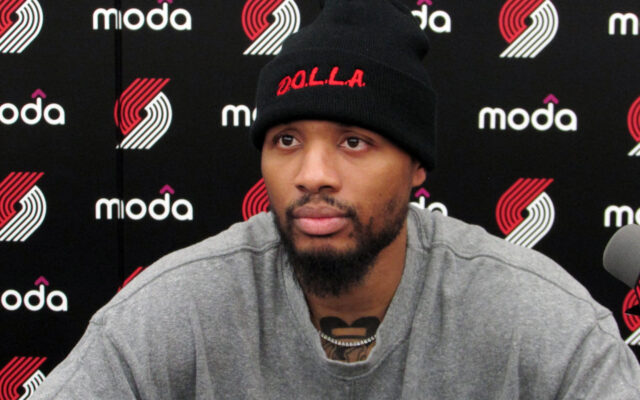 Portland Trail Blazers guard Damian Lillard speaks to the media at the team’s practice facility in Tualatin, Ore., Saturday Jan. 22, 2022. The six-time All-Star had abdominal surgery on Jan. 13. There is no timetable for his return. (AP Photo/Anne M. Peterson)

The Portland Trail Blazers will have the No. 7 overall selection in the 2022 NBA Draft.

With the sixth-worst overall record in the NBA in the 2021-22 season (27-55), Portland held the sixth-highest odds of landing the No. 1 overall pick.  Instead, they fall back a spot to the seventh overall pick.

The lottery order for the NBA Draft is as follows: