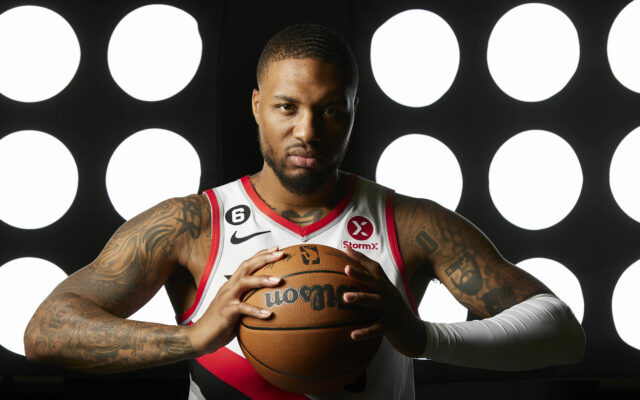 The Portland Trail Blazers embark on a new season this week with training camp in Santa Barbara, Calif. beginning Monday.

First, the team held its annual Media Day at Moda Center.  750 The Game was live on the scene, and here are some takeaways from the media sessions featuring Damian Lillard, GM Joe Cronin, Jusuf Nurkic, Jerami Grant, and more.

The team seemed to be in really good spirits following the terrible 27-55 season they had a year ago.  Everyone except for Gary Payton II is fully healthy heading into camp.  GM Joe Cronin said that he like the talent of the team, and that the team plays the way coach Chauncey Billups wants them to play.

“Playing a Chauncey style of ball”

Coach Chauncey Billups was asked about who is going to start at the small forward position this season.  He mentioned that there are 4 confirmed starters in Dame, Ant, Grant, and Nurk, and then at the 3 it will be matchup dependent.

“It’s pretty clear we have 4 guys who are going to start for sure.”

“Dame and Ant are going to start in the backcourt. There’s no question about that”

“It might be a committee based on lineups that night”

– Chauncey Billups on the starting 3 #RipCity

The other interesting thing that Chauncey said and was a big theme at media day was to have the team be connected, and that is why they are going down to Santa Barbara for training camp.  To get away from family and distractions and connect with one another on and off the court.

“My goal for the season is not wins or losses. It’s to be the most connected team in the league.”