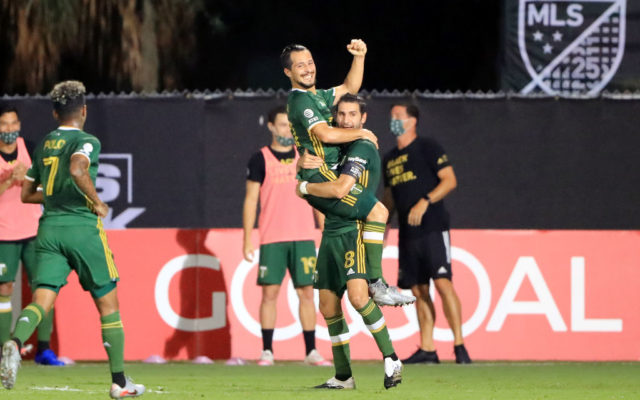 Major League Soccer announced on Saturday the regular season will restart later this month “in the home markets of the 26 clubs.”

The Portland Timbers still have the MLS is Back Tournament Final on Tuesday before they resume the regular season on Aug. 23 at home against Seattle.

So far the announced games for Portland will run through Sept. 13.

The rest of the MLS regular season is expected to be announced by early September.

Each club will play a total of 18 more regular games in a “phased approach” with Decision Day on Nov. 8. Then, 18 clubs will reach the playoffs (up from 14 last season), and the MLS Cup will be played on Dec. 12.

The health and safety protocols from the MLS is Back tournament will continue for each team as the clubs form “testing partnerships with a local certified lab, and all players, technical staff, and essential club staff will be tested every other day, including the day before each match day.”

As for traveling to road games, clubs “will take chartered flights, or buses, and for the majority of road trips will arrive in the host market on matchday and depart after the match later that evening.”