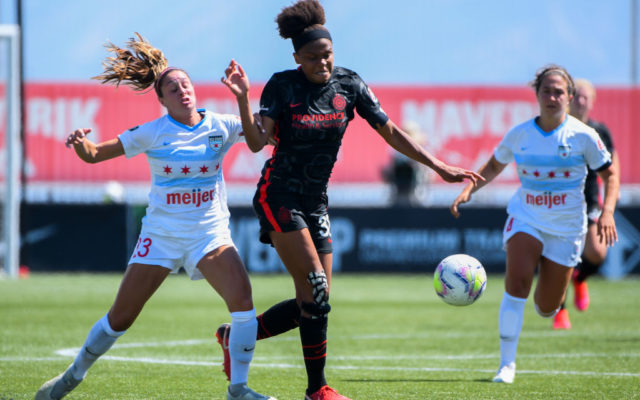 The Portland Thorns FC earned a point in their 0-0 draw with the Chicago Red Stars on Wednesday.

Portland led in almost every statistical category, including shots (16 to 5), shots on target (three to zero), and corners (seven to three).

Unfortunately, the Thorns (0-1-1) just couldn’t find the back of the net.

The Thorns were relentless when they got their opportunities.

After checking in for Lindsey Horan, who was everywhere, Rocky Rodriguez came so close to giving Portland the lead.

CAN YOU FEEL IT!! #BAONPDX pic.twitter.com/hWlqAcHU1E

Tough breaks for the Thorns against Chicago, but they did secure their first point of the NWSL Challenge Cup.

Up next Portland will face the Washington Spirit on Sunday at 7 p.m. PT on CBS All Access.