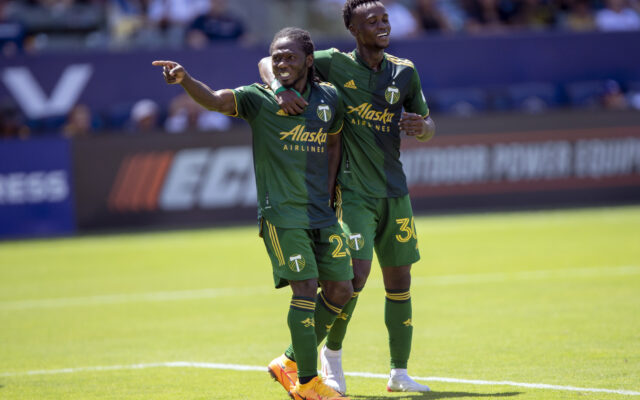 Portland earned its third straight victory in a 2-1 win over Atlanta United FC on Sunday afternoon at Providence Park.

Playing without manager Giovani Savarese and midfielder Eryk Williamson, the Timbers earned three points behind two penalty kicks. Santiago Moreno got the party started in the 38th minute, blasting the ball past the keeper to take a 1-0 lead.

Dairon Asprilla gave Portland that crucial second goal by converting another penalty kick in the 82nd minute. Atlanta quickly answered courtesy of a goal by Josef Martinez, but it wasn’t enough.

This victory marks the Timbers first ever victory over Atlanta after two losses and two draws. With four matches left, Portland remains above the playoff line and helps its cause with 9 points in the last three matches. The team will be back in action on Saturday, September 10th at home against Minnesota.