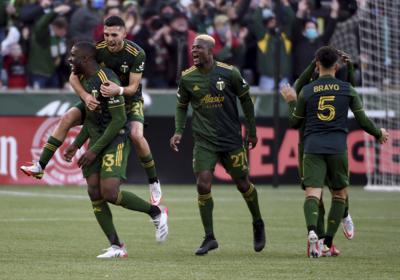 The Portland Timbers have found an ideal time to get hot. Portland earned its fourth straight victory at home on Saturday night as it beat Minnesota United FC, 1-0. Dairon Asprilla’s goal in the 61st minute was the difference as Portland’s defense bended but never broke. On the night, Minnesota out-shot the Timbers 21 (5 on goal) to 11 (1 on goal). Aljaz Ivacic and Claudio Bravo each made key saves on near-goals during the first 20 minutes of play.

With 12 points over the last 4 games, Portland has climbed all the way into 5th place in the Western Conference with 45 points. This four game winning streak is Portland’s longest of the season. Three matches remain for the Timbers and up next is a road matchup in Columbus on Sunday, September 10th at 10:00 AM.