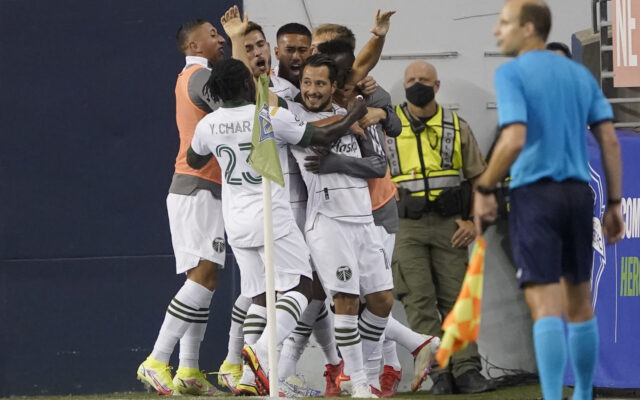 Just two weeks ago Portland was embarrassingly defeated 6-2 against Seattle at Providence Park, Sunday night at Lumen Field, the Timbers collected a massive three points taking down the first-placed Sounders 2-0.

Portland was winless in their last three but playing at the homes of their rivals seems to garner results, not losing in Seattle since 2017. Tonight marks the seventh consecutive match in all competitions that Portland leaves Seattle with a result and tonight it was deserved. From the offset Portland was the aggressor, Dairon Asprilla nearly put the Timbers up hitting the under-side of the crossbar from 30-yards in the opening attacking sequence.

Portland outshot Seattle 7-3 and out-possessed them in the first half but unfortunately, the most noteworthy action from the first half was Portland Midfielder Eryk Williamson going down injured off the ball. Eryk Williamson looked to have hurt his knee and ultimately had to be carted off. Lumen Field has sadly been a ground for injury as the last time Portland played in Seattle, Sebastian Blanco tore his ACL in 2020.

It was a long road back but fitting the passionate Blanco collected the game-winner in his return.

Portland was defensive after the 1-0 lead and Seattle hit the crossbar a whopping three times. Coming into tonight, Portland has given up a Western-Conference high 39 goals but keeper Steve Clark played excellently tonight.

To put the cherry on top, Felipe Mora had a cheeky chip over Stefan Cleveland in stoppage time to cement the Portland 2-0 win.

For Seattle, this is their first loss in August but keep their first-place spot with Sporting KC losing tonight. Next for Portland is at Houston, finally closing their five-game road trip.