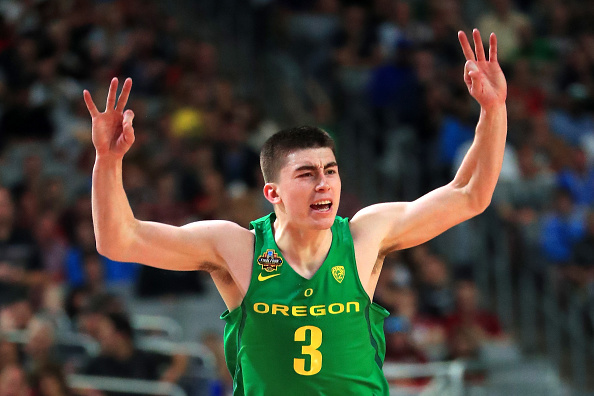 The NABC team was the fourth and final team upon which consensus All-America status is based. In addition to the NABC, Pritchard was a first team selection by the Associated Press and the Sporting News, and a second team pick by the United States Basketball Writers Association.

“It’s a great feeling knowing that my hard work paid off but I couldn’t have done it without my teammates and coaches,” said Pritchard. “You don’t get these awards without having a winning team around you.”

The NCAA applies a standardized point system of three points for a first team selection, two points for the second team and one point for the third team from the four outlets to determine the five-player consensus All-America team.

He was joined in the NABC first team by Garza, Howard, Toppin and Udoka Azubuike of Kansas

He joined Gary Payton (Oregon State, 1989-90), Damon Stoudamire (Arizona, 1994-95) and Jason Terry (Arizona, 1998-99) as the only players in conference history to lead the league in both scoring and assists. Like Pritchard, the previous three players to do that were all consensus first team All-Americans and Payton and Terry were National Players of the Year.

Pritchard also led the league with 88 three-pointers, joining Stoudamire (112) as the only players to top all three categories in the same season.

The West Linn, Ore., native was one of just four players nationally who led his conference in both scoring (20.5 points per game) and assists (5.6 per game).

Pritchard is one of five national finalists for both the Naismith Trophy and the Bob Cousy Point Guard of the Year Award. He is also one of 15 student-athletes on the Wooden Award National Ballot and one of 12 midseason finalists for the Oscar Robertson Trophy.