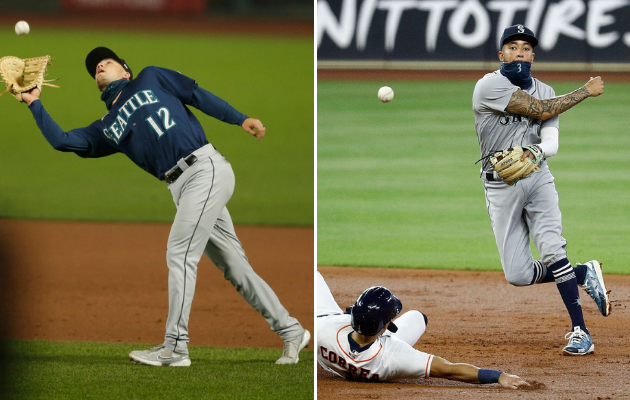 The postseason eluded the Seattle Mariners for another season, but the young core earned some regular season awards.

Crawford came to Seattle in a 2019 trade with Philadelphia. Meanwhile, White is a farm system talent — Seattle drafted him No. 17 in 2017.

The 25-year-old shortstop was responsible for six defensive runs saved (DRS), which was second-best among AL shortstops.

As for White, he had seven DRS, two more than any other AL first baseman.

With White’s Gold Glove win, he becomes the first Mariner ever to win the award as a rookie. He’s also the first M’s first baseman since John Olerud to win a Gold Glove.

How long has it been since the M’s had two Gold Glovers? A DECADE — 2010, Franklin Gutierrez and Ichiro Suzuki.

This year, the Gold Gloves were decided by the numbers, not votes, because voters didn’t get to see each candidate due to the regional schedule.

Seattle, Texas, Chicago (Cubs), Cleveland and St. Louis each had two Gold Glove winners, no team had more than two.