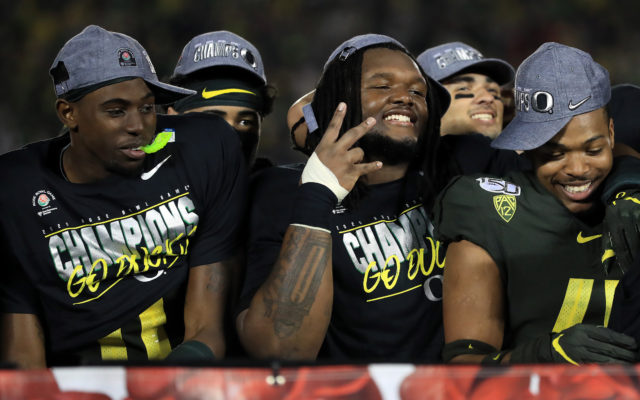 The margin is thin for those who are backing the Oregon Ducks on the Over for their 2020 season win total. This year the regular season will be six games (five divisional and one cross-over game), plus the Conference Championship week for a total of seven games. The Ducks Over-Under of six wins includes that seventh game which would be the Pac-12 Championship Game on December 18th. Their win total is the highest among any team in the conference this season.

As for the Oregon State Beavers, their Over-Under sits at just 1.5 games. The Beavers would need just two wins during the 2020 season in order to cash that Over ticket. Their home games this season include Washington St, Cal, and Oregon.

The Pac-12 season is set to begin on November 7th.

Here is a breakdown of the Over-Under win totals for all of the teams in the Pac-12 this season [lines from BetOnline Sportsbook]:

In addition, Oregon, USC, and Washington have the best odds among all teams in the conference to make the CFB Playoff.