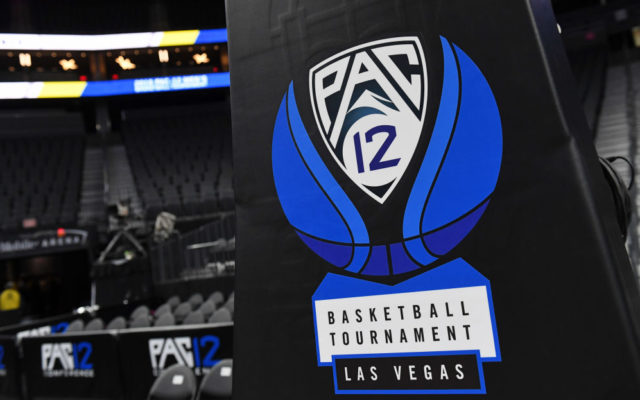 With the Pac-12 men’s basketball regular season all wrapped up, it’s time to get ready for the conference tournament.

The Oregon Ducks and USC Trojans finished in a tie for the top spot, but the Ducks win it based on winning percentage (.778 to .750).

Colorado finished a game behind both teams to take third place. UCLA finished fourth, half-a-game behind the Buffaloes.

Next, Arizona came in fifth, but due to a self-imposed postseason ban the Wildcats will not participate in the Pac-12 Tournament.

So, Oregon State moves up to the No. 5 seed. The Beavs and Stanford tied for sixth in the regular season, but OSU gets the tiebreaker “by virtue of their prior victory over the top-seeded Ducks.”

With Arizona out, there can’t be a first-round game between the No. 5 and No. 12 seeds. So, the Top 5 teams get a first-round bye.

All right, with that out of the way, here’s how first round games will stack up.

Wednesday, March 10 (all games on the Pac-12 Networks)

No. 4 UCLA vs. No. 5 Oregon State; tip-off at 2:30 p.m.* also on the Pac-12 Networks. Winner advances to Semifinals on Friday, where they will face either Oregon, ASU or WSU.

Semifinals – The Oregon and Oregon State side of the bracket plays their semifinal at 5:30 p.m. on the Pac-12 Networks. The other half of the bracket’s semifinal plays at 8:30 p.m.* on ESPN.

In case you got confused reading that, here’s how the bracket looks: