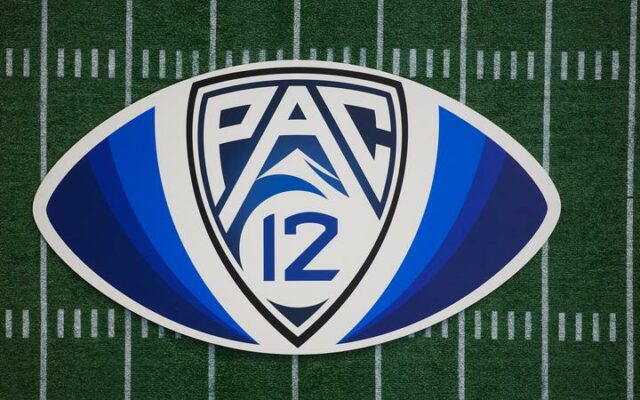 The Pac-12 Conference announced Wednesday that starting this upcoming 2022 season, the teams with the highest conference winning percentage will compete in the Pac-12 Championship Game, instead of the teams who won the respective division winners.

No longer will winning your division be considered a prerequisite to compete in the Pac-12 Championship Game.

The conference announced Wednesday that starting this upcoming football season in 2022, the two teams with the highest conference winning percentage will face off in the championship game, rather than the teams who won the North and South division titles.

This theoretically allows for teams from the same division to rematch against each other in the Pac-12 Championship game.

The conference explains that this format change would have produced alternate matchups in five of the previous 11 iterations of the game dating back to its inception in 2011.

Under the new format, Oregon would have played in two more Pac-12 Championship Games.  In 2012, the Ducks would have replaced South Division champion UCLA in facing Stanford in the conference title game.  Oregon would also have faced Stanford in the 2015 edition of the contest, replacing south division champion USC, who also had a lesser conference winning percentage than Oregon.

However, the new format also would have placed Colorado, not Washington, in the 2020 Pac-12 title game, pitting the Buffaloes against USC.  With Washington’s inclusion, Oregon was able to reach the conference championship game as the Huskies replacement.

The timing of today’s announcement from the conference is tied to the NCAA Division 1 Council approving the deregulation of a current rule that limited a conference’s autonomy in determining the participants for its conference championship game.  The Pac-12 Conference took the lead on submitting a motion to make a change, got it unanimously supported by all FBS conferences, leading to a recommendation from the NCAA Football Oversight Committee to the NCAA Division 1 Council, and finally culminated in the Council’s approval.

The Pac-12 says today’s measure was unanimously supported by the head football coaches, athletic directors, and board of directors of the conference.

From the Pac-12 Press Release:

SAN FRANCISCO — The Pac-12 conference today announced a change to how it will determine the teams that qualify for the Pac-12 Football Championship Game, presented by 76.

Starting in 2022, the two teams with the highest conference winning percentage will face off in the championship game. This change would have resulted in a different Pac-12 Football Championship matchup in 5 of the past 11 years.

The measure passed with unanimous support from the league’s head football coaches, athletic directors and board of directors.

The current Pac-12 conference football schedule, based upon two divisions, will remain in place for the 2022 season.  Scheduling scenarios for seasons beyond 2022 will continue to be reviewed.

“Our goal is to place our two best teams in our Pac-12 Football Championship Game, which we believe will provide our conference with the best opportunity to optimize CFP invitations and ultimately win national championships,” said Pac-12 Commissioner George Kliavkoff.  “Today’s decision is an important step towards that goal and immediately increases both fan interest in, and the media value of, our Football Championship Game.”

The NCAA Division I Council approved today the deregulation of the current rule that had limited an individual conference’s autonomy to determine their football championship game participants. Based on a motion brought by the Pac-12 and unanimously supported by all FBS conferences, the NCAA’s Football Oversight Committee previously recommended this deregulation to the Division I Council.

** Washington was unable to play in 2020 FCG and was replaced by Oregon as the second-place team in the North Division.