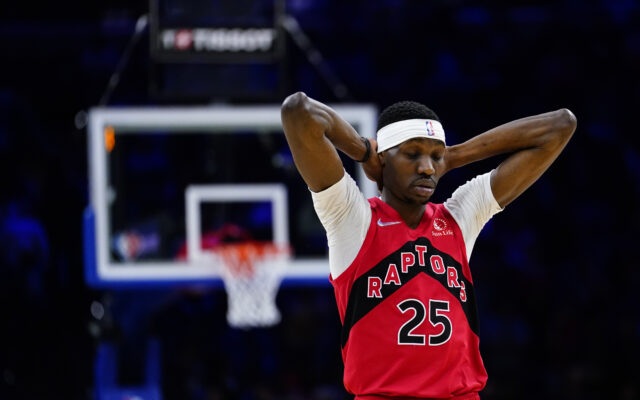 Basketball is supposed to be entertainment. But entertainment can only happen when your team is winning. The Portland Trail Blazers have long been one of the most exciting teams in the league, fueled by the tandem of Damian Lillard and CJ McCollum. However, now that McCollum is gone, it’s time to readjust. Stepback threes and fadeaway jimmies may put tushes on the cushions, but Portland still hasn’t made the finals since 1992. Here are three non-flashy free agents PDX should target in the off-season.

T.J. Warren
Bradley Beal, Zach LaVine, and even Jalen Brunson are names trending in the upcoming free agent market. However, none of these players would likely be a good fit for Portland.

So who should the Blazers target? Who would actually add value to their roster rather than the most talented player available?

In the three years prior, he averaged 19.3 points per game on a blistering 51 % from the field.

But where he’s needed is on the defensive side of the court.

He’s a reliable defender who, at the very minimum, cannot be taken advantage of. He may not guard the opposing team’s star every night, but he can hold his own.

“He won’t be getting the primary matchup in any given night like Thad Young used to for the Pacers, but you can count on him to not bleed points away to the complementary pieces of any given opponent.”

A look at T.J. Warren’s defensive improvement with the Pacers this year

Stopping the complementary pieces is usually the difference between winning and losing NBA games.

Maybe so, but still, Robert Covington is someone Portland should consider resigning.

If the Blaze could grab Covington in conjunction with Warren, they’d be one post defender away from a formidable lineup.

Now formidable doesn’t mean championship. Or maybe even the play-in tournament. But it does mean, well… formidable.

If the Blazers could grab the duo of wing defenders from the market, their lineup could look something along the lines of Anfernee Simons, Lillard, Warren, and Covington.

The vet’s upside isn’t as big as Warren’s, but the former Portland forward could prove an essential rotational piece, particularly if Simons continues to blossom.

With Covington, you know what you’re going to get. And the Blazers could use some consistency.

It’s not his fault Portland was terrible this year; one flower can’t save a garden.

Boucher’s 7-foot-4 wingspan, ability to run the floor, and occasional three pointers could make him an interesting prospect for the Blaze.

His productivity is down this year, averaging 9.4 PPG, 6.2 REB, and just under one block.

He likely isn’t good enough to be a starter, but the hometown dynamic could sell a few tickets.

And due to his aforementioned skill-sets, he could realistically become a fringe all-star type player if he continues to develop.

Portland has tried the soft puppy dog approach to basketball, and it’s done. They need to rekindle the spirit of the “Jail Blazers” if they wanna make noise out west.

It’s time to get dirty, Portland. Bring the wolves.