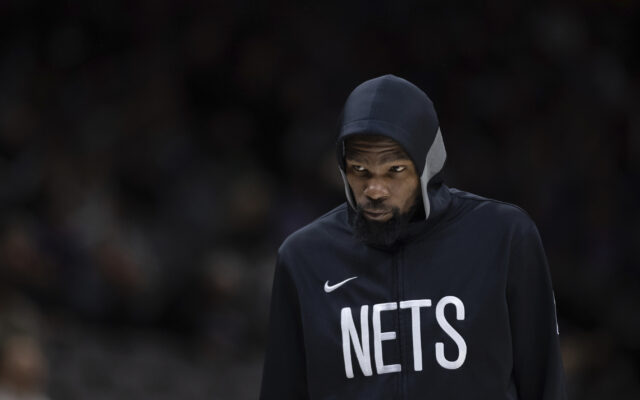 The Portland Trail Blazers entered the season viewed as a potential play-in team. As it stands now, they’re first in the Western Conference. A couple of perennial favorites have gotten off to horrid starts, like the Los Angeles Lakers or Golden State Warriors, which have helped propel the Blazers to the top of the conference. Let’s not discredit what the Blazers have done so far, though, as their team play has been some of the best in the league. They’re currently 10-4, even with Dame and Simons missing time this year, another testament to the team play aspect of their game. Jusuf Nurkic has picked up where he left off last year defensively and on the boards, hovering around the top ten in most rebounding categories. When Dame has been in the lineup, he’s been that game-changer he always was, putting him in the top ten for offensive rating and plus-minus minutes. As a team, though, the Blazers are playing a true half-court style. They’re excelling in four categories that amplify that half-court offense: free throw attempts, three-point percentage, making the extra pass, and not fouling opponents. In all of these categories, the Blazers rank in the top five, a direct byproduct of Coach Billups’ mindset (which won him the championship back with the Pistons).

Two other players that have stood out to me are Josh Hart and Jerami Grant. On Josh Hart, he’s been that scrapper that the Blazers needed last year. He’s second on the team in rebounds, third in assists, and first in minutes played. Most of the Blazers’ top lineups this year feature Hart. Jerami Grant provided the scoring boost they needed from the forward position. He can post up or shoot the ball from long range, which is now a necessity at the power forward position. While Anfernee Simons adjusts to his starting role next to Dame, Grant has filled the shoes of the second-best option on this offense.

I bring all of these points up because the NBA buzz is that Anthony Davis and Kevin Durant may be on the trading block by their respective teams. Anthony Davis was once thought of as the best big man to grace the game since Shaq. While he has been dominant, Davis has fought through several injuries over the past couple of years. While he’s on the court, though, he will give you 27 points and 13 rebounds per night. On the other hand, Kevin Durant is still the best scorer in the league. The almost seven-foot-tall forward can get his shot off anywhere or anytime. The only issue is that many questions his desire to lead a team.

Let’s hypothetically say the Blazers want in on either guy. Utilizing player statistics and contracts, I was able to cook up a scenario for each. Currently, the Blazers are projected at 42-40, which seems a little light to me, but this will be my reference point. One note: Damian Lillard cannot be traded to the Lakers or Nets due to Lillard signing a max contract. I won’t bore you with why unless you want to dig into the collective bargaining agreement. If so, hit me up.

Blazers would lose their scoring with Grant and rebounding with Hart but would gain it back with Durant. The projected lineup would be Dame, Simons, Durant, Winslow, and Nurk. I see a gain of about four wins here, seeing as how you’re getting rid of about five points per game and the headhunting rebounding of Hart.

Why do I include Sharpe here instead of Little? The Lakers would want some youth back, given they are the oldest team in the league. Adding Davis would create a bigger hole in the lineup than Durant because the Blazers need that other body to score in the post. I’m estimating a gain of five wins here only because the dynamic of two great defensive players in Davis and Nurk would mean no team would score on the interior.

Which trade would you choose? The answer: neither. One quote that sticks with me is, “The secret to basketball is that it’s not about basketball.” Isiah Thomas coined this quote, and I also use it in my professional settings. It applies to almost everything in life. Thomas is saying that the secret to winning is all about everything around the game, specifically how your team gets along with one another. Think about some of the best combos you’ve seen in any sport. Remember when Steve Nash, Dwight Howard, and Kobe teamed up? How did that end up? How about the first year of the Wade, LeBron, and Bosh team? Staying with LeBron, how about the Cavaliers team that featured Anderson Varejao and Mo Williams? They won a championship with arguably one of the worst rosters in Finals history. This Portland team and how it’s currently constructed play together in every aspect of the game. We don’t have any wildcards personality-wise, and I wouldn’t want them to risk that unit cohesion by trading for either Davis or Durant. While I know it’s a hot take, you realize that working together in the NBA is the only way to win, regardless of your talent on the court.